This one’s very rich, so don’t make it when anyone is thinking of dieting! 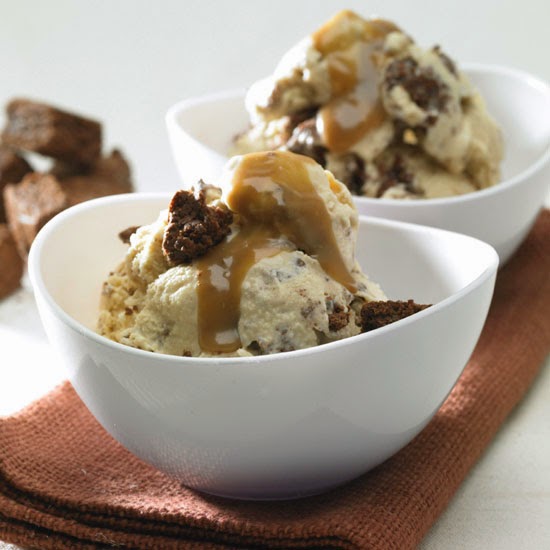 Blend the sugar into 1/2 cup milk, pour into a small saucepan, and warm through until the sugar has dissolved. Stir in the vanilla and let cool.

Gently beat together the cooled milk, whipped cream, and chocolate fudge sauce. Pour into an ice cream maker and process according to the manufacturer’s directions, or pour into a freezer container and freeze using the hand-mixing method.

When the ice cream is almost firm, stir in chunks of brownies and freeze until ready to serve. Store in the freezer for up to 3 months, but take out 15 minutes before serving to soften. Serve with a little more fudge sauce if you wish.