Soft fluffy baked or microwaved apples make a very easy and delicious water ice. Choose apples that are sharp and become soft and fluffy on cooking. 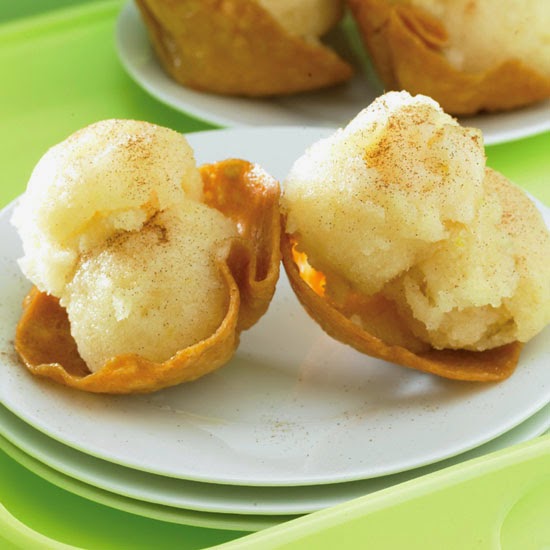 Make cuts around the middle of the apples (so they don’t split on cooking) and either microwave or bake until quite soft. Let stand until cool enough to handle, and then scoop out the fluffy white pulp into a bowl. Cool completely.

Gently stir in the honey, water, sugar, lemon juice, and 1/2 teaspoon cinnamon. Mix until well blended and the sugar has dissolved.

Pour into a freezer container and freeze until almost firm, stirring and breaking up with a fork once or twice. To serve, break up again into even crystals, then serve with ginger cookies or in ginger snaps that you have shaped into baskets while they cool. Sprinkle with a little more cinnamon before serving.

Email ThisBlogThis!Share to TwitterShare to FacebookShare to Pinterest
Nhãn: Granitas and water ices